The 2016 Pageant was an unqualified success, and the junior-soph class should be congratulated upon their performance. The story follows Alice (played with charm by Bailey Davis) as she searches for her phone charger, happening upon Wonderland in the process. She meets a number of strange people along the way, including the smoking caterpillar (Holly Brock), the shade-throwing Cheshire cats (Sam Queijsen and Kathleen Morgan) and the ever-delightful Humpty-Dumpty (Shelby Lauzon).

The songs ranged from the hip hop style of the Mulberry Bush number to the 80’s pop aura of the Jaguar anthem. What made the play truly delightful, however, was how it tied in the Judson atmosphere. The costumes all featured the “I Heart MBS” motif, and various references throughout the play raised laughter from the audience. These included a rueful nod to “bad Judson Wifi,” and a promise to the flowers: “I won’t pick you, I’m not a senior.” And of course, one can hardly forget Jessica Thompson’s mirthful rendering of Anne Kirtley.

This year’s pageant gave the freshman class something to live up to. Audience member Heather Carlson noted, “It was really entertaining, and I am looking forward to next year when I get to be a part of it.” 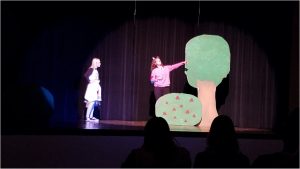 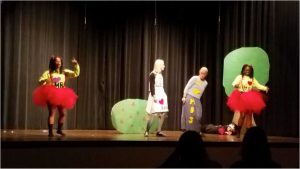 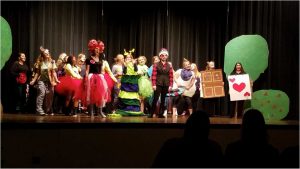 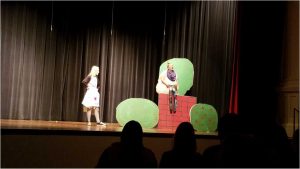 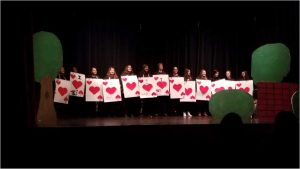