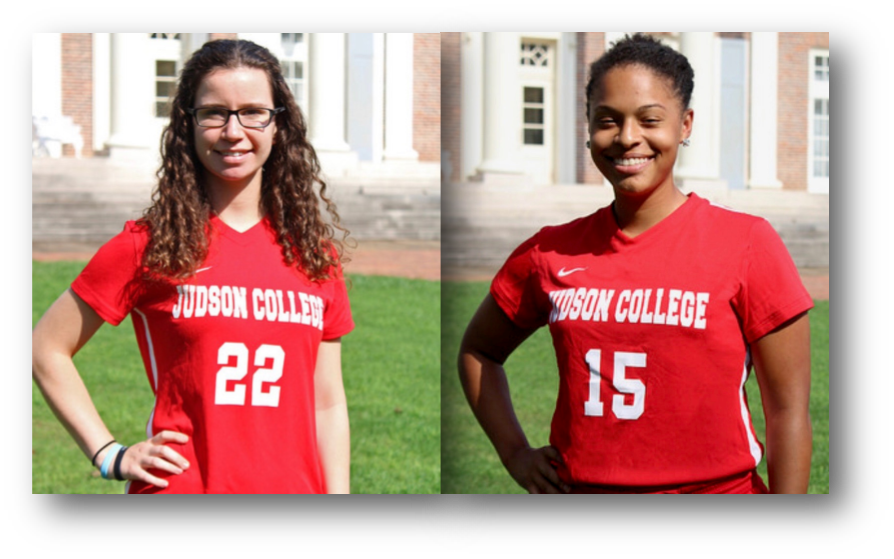 The smells of freshly cut grass, white sideline spray paint, and stinky soccer cleats are officially over for Judson College’s two soccer seniors,  Erin Brown and Quenteeria “Q” Mooney. Mooney was head soccer coach Justin Pino’s first recruit a few years ago when he came to Judson. Meanwhile, Brown was his latest addition to the team for the 2018-2019 season. It was an emotional game for these two seniors as the team played Hiwassee College from Madisonville, Tennessee, on October 26, 2018.  After a lot of foul calls and yellow cards pulled by the referee, the Eagles managed to get another win. The ending score was 3-1 with goals from Camry Sturdivant, Whitney Batt and Anna Alexander.

The two seniors spoke about their future plans and about Judson, and they had quite a story to tell. Brown, a  fifth-year senior at Judson from Hartselle, Alabama, is currently majoring in biology and chemistry and minoring in math. Brown will be applying to medical school this summer and will spend her gap year working and getting more medical experience. Brown played soccer for about three years during junior high school, but she stopped playing because her parents kept forgetting to sign her up each year. Brown accepted Coach Pino’s invitation to join the team this season.  She said she joined because “[she] thought it would be a wonderful experience for [her] last year at Judson College.” However, college soccer was different from what she expected. She also stated that “college soccer is a whole different world than little kids’ soccer.” She explained to her teammates that her season was “incredible and fun.” When asked what her overall feelings were about the season, she said, “I was so impressed with my teammates! It made me so proud to see them play during the games and to be able to practice with them.  I learned so much about soccer, myself, and my teammates. I’m so grateful to have this opportunity!” Soccer coach, Justin Pino told the crowd on senior day that, “Erin was a great edition to the team and she has a unique yell!”

Mooney, a fourth-year senior, served as one of three soccer captains for the 2018-2019 soccer season.  I have had the pleasure of playing with Quenteeria for two years and we never called her Quenterria, but “Q”.   Quenterria is from Jacksonville, Alabama. As said above, she was Coach Pino’s first recruit when he first came to Judson.  Queenteeria has played on the Judson soccer team all of her four years here at Judson. As for her academic side, she is a pro in that area too. She is currently majoring in biology in hopes to become a doctor. After she graduates from Judson she will continue her education by enrolling in medical school. At senior day, coach Pino said, “It has been a pleasure having “Q” on the team, we will miss her dearly.”