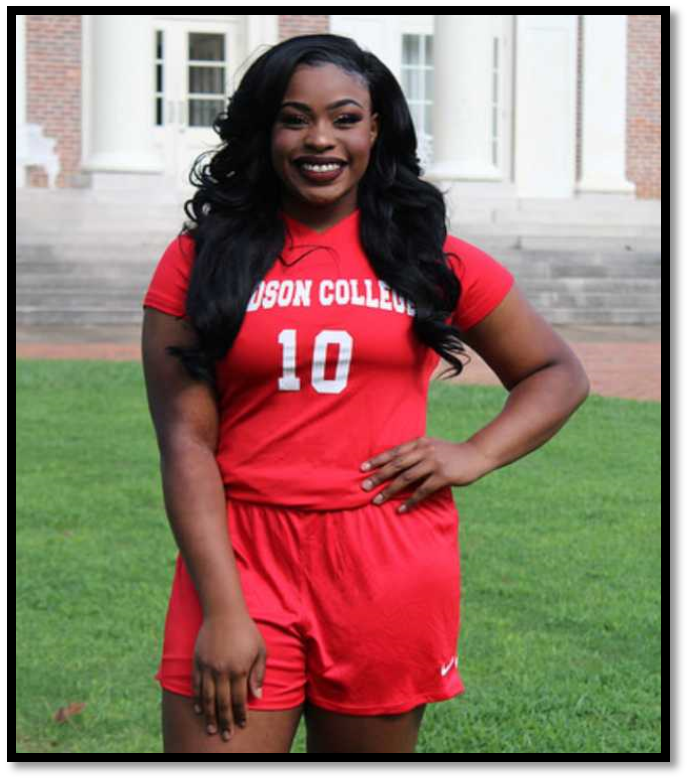 Sturdivant started playing soccer when she was eight years old for CLRA Prost Park in Columbus, Mississippi. She has always had a passion for the game of soccer.  When she was in grade 7, she made the varsity Columbus High Soccer team. She played on the Columbus High Soccer team until she graduated. Sturdivant  served as captain of the Columbus girls’ soccer team for her junior and senior year. To continue her soccer career after high school, she signed to play for Judson College. Sturdivant  was not a starter her freshman year, but she still scored ten goals for the Judson Eagles. For her sophomore season, as a starter, she finished the season with 7 goals and several assists for the Eagles. Freshman Julia Singleton said, “Camry has been very influential and a leader to the soccer team.”

Balancing athletics, academics, and work study can be quite the challenge, but Sturdivant has been doing an exceptional job. Sturdivant is the Resident Assistant in WMU dormitory for the fourth floor. Sturdivant  decorated the hall and named it the “Hall of Angels.” She said, “I want my residents to know that Jesus is always there to guide you and that he will never leave you or forsake you.” She works on duty for one week each month from 10 p.m. until midnight. For the months of September and October, many nights Sturdivant had to sit on duty from 10 p.m. to midnight and play in a soccer game the next day. Often, she had to sit on duty right after a hard and strenuous soccer game. Soccer practice for Sturdivant was daily, Monday through Friday, at 4:15-5:30. Many times Sturdivant had to rush from her student teaching/field experience in Uniontown, Ala., so that she would be on time for practice. She never complained because she said, “I was always taught that academics come first before sports. Even when I am dog tired, I still push myself to wake up and complete my homework or study for a test.”  Sturdivant has a total of 14 hours and is taking 16 hours next semester. She entered Judson College with 25 college credits from taking dual enrollment during high school. Sturdivant has a 3.0 grade point average and continues to work hard to achieve close to a 4.0.