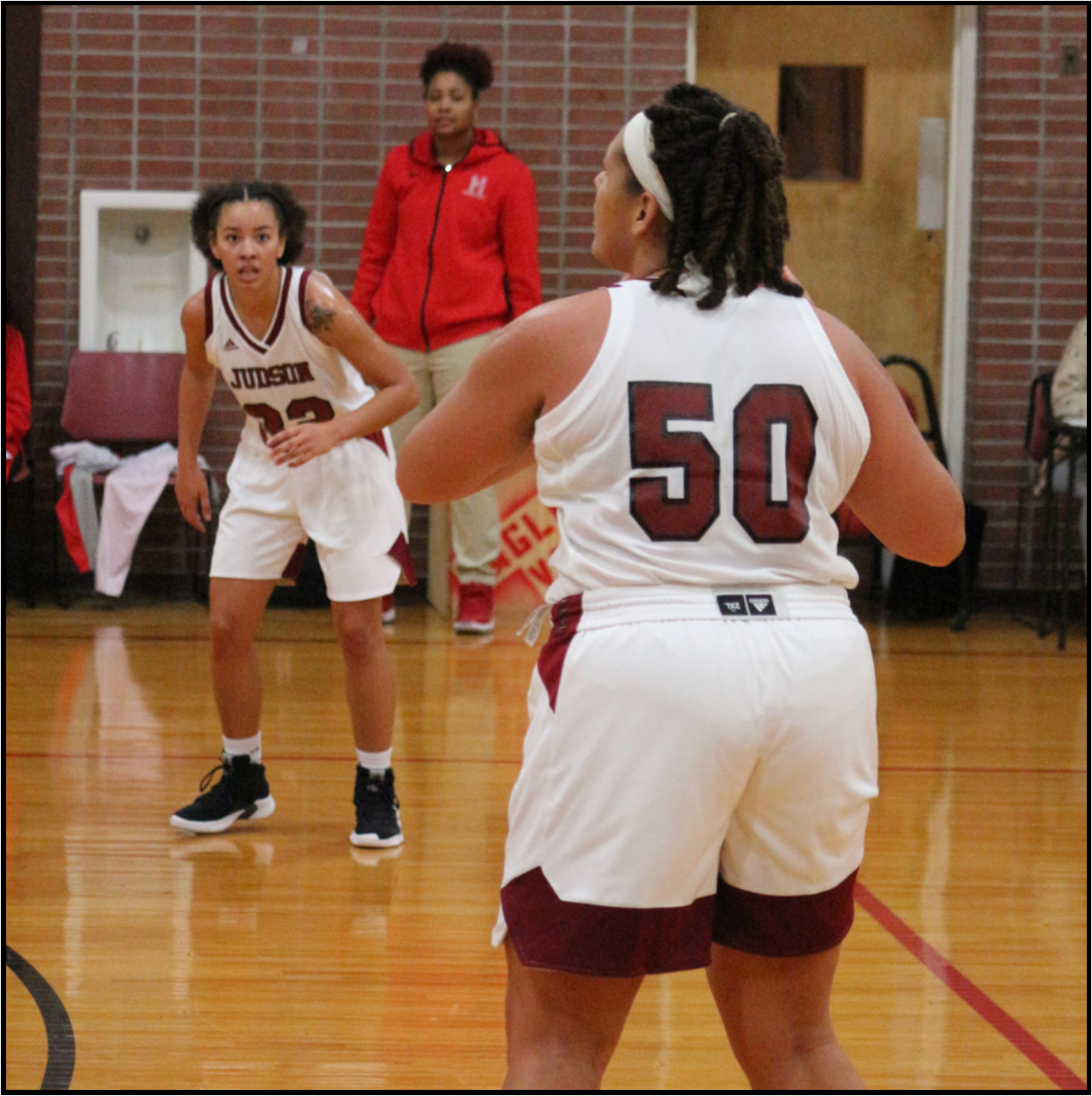 Basketball season has finally begun at Judson College, and the entire school is ready. Since the Eagles are practicing three times a day and running miles daily, the entire campus expects a lot from our basketball team. The girls have been running 20 laps daily plus practice to build endurance for the season. A few of the Judson basketball recruits backed out of the season, but the roster has a total of 15 girls who made it through preseason. Those girls are: Tyresha Peoples, Khirsten Graham, Kendauria Brooks, Korvauria Brooks, Diamond Cook, Skaila Johnson, Ashley Jackson, TeEricka Davis, Sha’kea Mitchell, Libby Whitten, Cherelle Straughter, Cassidy Murphy, Tarica Crutcher, Carolyn White, and Rhianne Green.

The Athletic Department is proud to introduce Bridget Goodnight, Head Basketball Coach of the Judson Eagles. The Eagles kicked off the regular season opener at home November 8. This season will mark Goodnight’s twenty-first year of coaching; she brings to the Judson program coaching experience from various levels of the game, including NJCAA, NCAA II, and NCAA I. Noting her excitement for the upcoming season, Goodnight says, “It is a blessing and a responsibility to be in the lives of these student athletes and watching them learn and grow.” She says that she intends for her team to “represent Judson in the best way that they can, compete daily, push themselves, and work together to reach their goals.” The Eagles played Southeastern Baptist College from Laurel, Mississippi, at 6 p.m. in Judson’s Riddle Gymnasium on Nov. 8. The starting five were Straughter, Green, White, Whitten, and Jackson. The game’s final score was 63-67. The Eagles fought long and hard but came a bit short of the win. Starter Cherelle Straughter said, “I just wished everyone would have worked a little bit harder. If we keep working, we will eventually come out on top.” Cherelle Straughter, a freshman from Huntsville, Ala., plays guard/forward and is number 23. Cherelle made half of the points for the Eagles. She patiently played her role and stood at the post. She was aggressive and eager to win all of the rebounds for her team.

The Judson College fans had fun at the game. The entire home side was filled with staff, students, and family members for the game. Student Brionna Escott said, “I would not miss supporting my Judson sisters for the world; they need our fan base.” The hype and encouragement from the fans seemed to pep the spirits of the Eagles. Koko Brooks said, “When I hear people cheering for me, it makes me want to work a little bit harder because I know that they are counting on me.” Freshman Julia Singleton passed out bottle rattlers to shake during the game to cheer the Eagles on. The rattlers helped distract a couple of the Southeastern Baptist players during their free throws. Good sportsmanship was displayed at the end of the game as they all shook hands and gathered at center court to end with the Lord’s Prayer. The Eagles had a double header on Nov. 9 and 10 in Pensacola, Florida. They played LaGrange College and Pensacola Christian College. The Eagles lost both games with the score of 80-49 on Nov. 9 and 68-49 Nov. 10. They are now 0-3. I asked Freshman Keke Brooks what she needs to change, and she said, “We are a great team, but we need to play better defense and up the speed of play.” I also caught up with freshman Ashley Jackson, and she commented, “If we would play the whole game like we play at the end, we would have better outcomes.” The next game for the Eagles was Tuesday, Nov. 13, at 6 p.m. at home. Prior to the date, Carolyn “Peanut” White said, “I pray everyone comes out and supports us again; we really love our fans.”